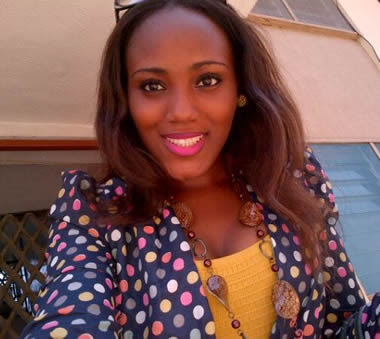 A fresh graduate of Babcock University, Justina Anochie was kidnapped by her friends that wanted to make money off her parents.

According to Punch, Anochie, who completed her nursing course in May, graduated from Babcock University in June 2016 returned to her off-campus residence at Ilishan, where she was abducted on Sunday around 9pm.

The case was reported at the Ikenne Police Division and was later transferred to the Special Anti-Robbery Squad.
It was gathered that the kidnappers, who had contacted the family, demanded the payment of N10m as ransom but the money was later reduced to N5m after negotiations.

The victim’s sister, Mrs. Judith Nze, said that efforts to persuade the suspects to take N300,000 had been futile.

She added that the kidnappers were threatening to kill her (Justina) if the family did not withdraw the case from the police.

She said, “She has finished her programme in the school and was just waiting for some clearance. I learnt that the place she stays is isolated.

“She was taken on Sunday and since then we have all lost our peace. I have stopped going to the office because I can’t concentrate.

“Initially, we thought it was a joke until the kidnappers contacted us and demanded N10m as ransom. They later reduced it to N5m.

“They have refused the N300,000 we offered them, insisting that they would kill her if we don’t pay the money.

“They also said we must withdraw the case from the police as a condition for her release.

“My mother spoke with her this morning (Thursday) and she did not sound good. We are afraid they might harm her.

“We are just appealing to them to release her.”

A police source, however, said investigations had shown that the victim was kidnapped based on information from an insider.

The source explained that a female undergraduate of a university in Lagos State had been linked with the abduction.

She said, “It was an organised crime. Based on preliminary investigations, it appeared that her friends conspired against her. It was a set-up.

“We believe the kidnappers think that her parents are wealthy and they could make money from them. A female student of a school in Lagos has already been arrested.”

The spokesperson for Babcock University, Mr. Joshua Suleiman, said the victim was no longer a student of the school.

He said, “She graduated from the school in June. She is no more our student. We got the information just like you did that she was abducted. We don’t know beyond that.”

He also confirmed that a suspect had been arrested in connction with the abduction.

He said, “The incident happened on Sunday. Immediately we learnt of the abduction, we started investigations. We have already arrested a suspect and investigations are ongoing.”

Gov. Ambode pays a courtesy visit to the Olu of Warri (Photos)

“7 Rings” crooner, Ariana Grande recently got herself a tattoo in Japanese language but many of her fans are calling

Drake Cut Off During Grammys Speech

Canadian rapper and Grammy-award winning “God’s Plan” hitmaker, Drake, definitely didn’t have it in his plans to get cut off

Kemi Olunloyo, the journalist who alleged that the relationship between musician, Davido and his girlfriend  Chioma had ended. Davido denied